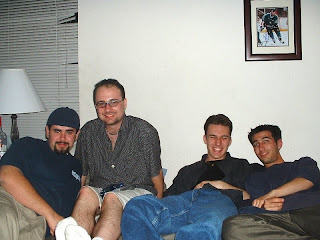 Garrett Steel said…
I am really enjoying your Ken Burnsesque take on S&M. It's a good thing someone has documented this for posterity, though we probably should have done it at the time for a fresher perspective. We must make sure to remedy that with Afterbirth.
May 31, 2010 at 12:14 PM