Showing posts from October, 2017
Show all

Carve-O-Lantern 3: The Return of the Kits 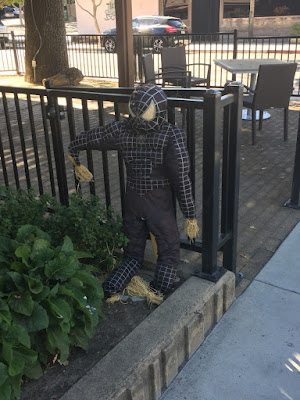 When I was walking down the street today, I saw this:


Now this could mean one of two things: either someone is preparing to burn Tobey Maguire in effigy for that dance scene in Spider-Man 3 (which I liked, suck it, haters), or it's Halloween season again! This is perfect, because it gives me an excuse to drone on at length about one of my favorite things: pumpkin carving! Avid readers of my blog may recall my earlier installment about pumpkin carving pioneers Carve-O-Lantern, as well as the sequel post about their product line expansion. Well, there's still plenty of meat on this bone, so I'm diving into a pumpkin PIE-le of patterny goodness to bring you this retrospective! Carve-O-Lantern (and later, Pumpkin Masters) have released so much material over the decades that I could-and possibly might-write about this stuff forever. So let's go waaaaay back to the early days of the brand to take a look at how their pumpkin carving kits have evolved through time. I've pr…
Post a Comment
Read more
More posts