The Return of Friendly Tony, Part 4: In Dubious Battle 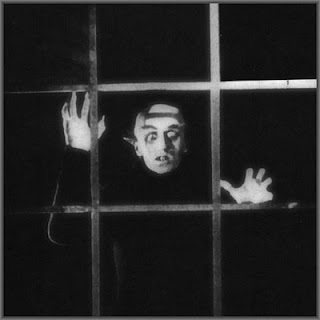 Annnnnd welcome back, for the fourth installment of "The Return of Friendly Tony." Hopefully you've been following thus far, as I've been bouncing back and forth with myspace.com/joeymarsilio in order to bring you this heart-wrenching tale. Anyway, without further ado, we continue:

I returned to my former home to find the door locked. Repeated pounding on the door went unanswered, and I knew that attempting to ring the doorbell was fruitless. Ever since the time I tried to rig it to play a simplified version of “Rollin’” by Limp Bizkit every time someone pressed the button, the doorbell has been silent. Some say it died to preserve what little dignity it had left, but this of course is hogwash.
It had been a horrid day so far. After my trip to Jack in the Box, I had ventured to a local tavern in the hopes that a drink might raise my spirits and calm my stomach. An elderly woman approached me, and asked whether Friendly Tony was my given name, or a nickname. I told her I didn’t know, and threw a barstool at her. I was promptly manhandled and ejected by the burly fellow working the door. He smelled like a slaughterhouse.
Vastly irritated by the horrid amount of natural light I had been forced to remain in thus far, I became more and more determined to get into my apartment. I crept around the side of the building to check whether or not any windows had been left open. They had not, but as I searched for a way in, I observed Friendly Tony (I had made up my mind that even if he was technically named Joey at this point, I was not going to call him by the name that was rightfully mine), lounging in a recliner of unknown origins. He was smartly clad in a blazer with a stylish shirt and some very nice jeans, and he was drinking a glass of what seemed to be milk while reading a novel. I became further incensed by this scene of domestic tranquility, and started slapping my palms against the window. After several minutes of pretending not to notice the noise, Friendly Tony turned and smiled broadly at me. He gingerly unseated himself, and strode over to the window. With a raised eyebrow, he opened it up just enough to allow sound to freely travel in and out.
“Why, good morning, Friendly Tony,” he said. “How are you liking your new identity thus far? It suits you, I trust?”
“You son of a bitch!” I yelled. “Let me back in my house! It’s too damn bright out here!”
Nonchalantly, Friendly Tony fanned himself with his novel, “Hmm. You know, I’m just reading the most delightful work right now. Pamela: Or Virtue Rewarded, by Samuel Richardson. Have you read…no, I’m sorry…have you experienced this absolute treasure?”
“What? I hate that god damned book!” I said, smacking the window pane. “And I’ll be damned if I’m going to let you sit around in a recliner in my apartment, reading Pamela. You might as well just shit on my face and wipe your ass with my dignity.”
“Excellent, if tacky, metaphor,” said Friendly Tony. “But you still don’t seem to grasp the concept of what has occurred here. This isn’t your apartment. It’s mine. Check the name on the lease. It says Joey Marsilio, not Friendly Tony. Hence, it does not belong to you.”
“Oh yeah?” I said. “Well, fine then. I’ll just go to your apartment and live there and spill cocktail sauce all over the floor and watch wrestling. How do you like them apples?”
Friendly Tony shrugged. “Apartment? My good man, my six month lease was up last week. Check the documentation. You’ll find that Friendly Tony doesn’t have an apartment, and has in fact been staying at the Radisson for the past few days.”
“You dirty bastard,” I said. “Is that what this is about? Stealing my apartment?”
Friendly Tony looked away, waving his hand as though brushing dust off the air. “Housing? How droll,” he said. “I told you, this is about helping you. This is about charity. This is about salvaging your good name. I mean, my God, man…look at yourself. Who wears a belt with flannel pajamas?”
I had to admit, it was an unfortunate choice, albeit one I don’t remember making.
“Already I’ve done such wonderful things for your name. People are loving the new Joey Marsilio. For example, look at my Twitter account. So many followers in such a short amount of time, all saying such wonderful things about me!”
“You set up a Twitter account in my name?” I howled. “This is slander! I demand you take it down right now!”
“I’ll do no such thing,” said Friendly Tony. He sighed. “It is heartbreaking that you don’t even appreciate what I’m trying to do for you. But you’ll come around eventually.”
“I’m going to do terrible things to you, you understand,” I said through gritted teeth. “Terrible things.”
“Oh, by the way,” Friendly Tony said coyly, “you may want to go check out that hotel room at the Radisson. It’s in your name, after all. If you’re lucky, you may be able to get there and clean it up before the maid finds anything. Oh, I’d hate to see what might happen to you then.”
With a light chuckle, he gently closed the window.

Anonymous said…
Godamned Twitter being everywhere. I am so excited to sign up, but I just know that every message I'll want to put out will be just over 140 characters so I will be forced to resort to using abbreviations such as U, LOL, and CCKSCKR.
March 9, 2009 at 3:12 PM