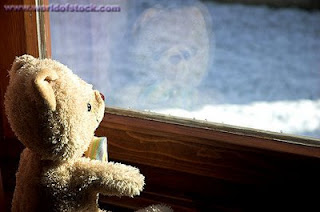 You may have noticed that there was no intro/outro as usual for my last installment. Or maybe not. Either way, there's no grand reason for it; I simply forgot. Anyway, thanks for sticking around, and here's part 8:

Vengeance consumed my mind as I drove the old van back home. I was wearing a slightly too large white shirt with a picture of the Golden Gate bridge on it, and a pair of blue shorts that said “Yay Area” across the ass. I was fairly certain they were girl’s shorts, but they were the best option I had at the time save my soggy pajama bottoms, and there was no way I was climbing back into those things. Despite my new clothes, I was still cold and wet, and I shivered as I cranked up the heat.
I dropped off the van at Prosciuttscio’s newsstand, and at my request he gave me some old magazines he was going to toss anyway. I walked over to an alleyway a few blocks away and tossed my soggy pajamas into a banged-up steel garbage can. I then tossed in the old magazines on top of them, and a lit match on top of those. I stood by the can and watched it burn, imagining what a giddy, sadistic pleasure it would be to throw Friendly Tony into the pyre. As I giggled at the sick fantasy, a homeless man ambled up and began warming his hands by the fire.
“Feels good,” he said. “Thanks, Friendly Tony.”
I grumbled some platitude or another and slunk away.
It was nearing midnight as I returned to my former apartment. Only yesterday, this place had been my home, where I could sit back and relax and masturbate to internet pornography. Now, those idyllic times seemed like ancient history. I brooded about all that had been stolen from me by trickery and white out. Seething and near tears, I peered in the window.
All the lights were out. As expected, Friendly Tony observed a reasonable bedtime, and was likely fast asleep. Determined to shatter his peace, I began whooping and slamming on the window.
Moments later, a light clicked on, then another. Soon, Friendly Tony’s scowling face was staring out the window at me. He was blinking and clearly half asleep. I found the fact that his hair was perfectly sculpted despite this to be immensely galling.
Friendly Tony cracked open the window and said, “Can I help you?” in a flat, hostile tone.
“You bastard,” I said. “You set me up! Trying to frame me for murder, eh? Well, let me tell you: the instant I get my hand on you, you won’t have to set me up, because boy oh boy, I will be guilty of murder.”
“Excuse me?” said Friendly Tony with a yawn. “Set you up? You have no idea what you’re talking about. I did nothing of the sort.”
“Oh, really?” I said, my voice lowering to a venomous whisper. “Then what do you call sticking me with three corpses in a hotel room under my name?”
“Ah, that,” said Friendly Tony. “Yet again, you accuse me of some treachery when you clearly do not understand my intentions at all. I would never try to set you up for murder. Just because I now have your name doesn’t mean I want my old one sullied in such a fashion.”
“What are you talking about?” I said, pounding my fist on the windowsill.
“You see, Friendly Tony,” said Friendly Tony, “I wasn’t up to anything diabolical. I was merely hoping you could help me clean up a mess that, frankly, is your fault in the first place. After all that I’ve done for you, it really is the least you could do.”
“The least I…what? How is any of this my fault?”
“If you hadn’t damaged your good name to such a monstrous degree that I had to come in and take it over,” said Friendly Tony, “I wouldn’t have needed that magic white out pen. And if I hadn’t needed that, you can be sure I would not have needed any gypsy blood or the semen of dead Native American mystics. Acquiring that was not particularly pleasant, you know.”
“That is the most retarded logic I’ve ever heard,” I groused.
“But anyway, thank you,” said Friendly Tony. “It’s about time you started giving back. I appreciate it, really I do.”
“Wonderful. My life is truly complete,” I said, rolling my eyes. “Now get the hell out of my apartment. I’m tired.”
“Well, you have a room at the Radisson, don’t you?” said Friendly Tony with a sneer. “Enjoy it. You’ve only got 11 hours until check out time. And tomorrow morning, check Joey Marsilio’s Twitter. Just go ahead, check it. You might be surprised how positive the response has been.”
“I despise you,” I said.
“Check the Twitter,” Friendly Tony said, wagging his finger at me. He closed the window gently, and tapped on the pane. “Check the Twitter,” he said, barely audible through the glass.

Hope you're still enjoying it...we're zooming on through now. See you next Monday on Myspace. And yes, I cannot believe I've been on schedule so far.

Garrett Steel said…
I love that you now have to fucking check Twitter to see what's going on. It's funny, because aside from Friendly Tony, I can't find anything more worthy of despising.
May 8, 2009 at 1:57 AM